The COVID-19 pandemic was an opportunity for an inventor from Buzau, who started a business with air purifiers 20 years ago. Since then, his products have been sold worldwide, and with the spread of the new coronavirus, which has led to increased demand, turnover is estimated to reach one million to 1.5 million euros.

The story of Salin, a 100% Romanian business, began in 1995, when the chemist and inventor from Buzau Constantin Pascu, inspired by limestone structures similar to those in Pamukkale, Turkey, but also by the salt karst from Meledic, began to make salt wells and decorative pieces of salt.

Initially it was just a hobby but following the positive reactions of those who tried the devices, he prepared himself and, after much effort, managed to attract an investment and set up a company, Tehno Bionic, and later build a factory where he currently produces environmental and medical devices based on microparticles of saline air that have conquered users on several continents.

Demand has tripled in recent months

Against the background of the pandemic, during the last six months, the demand for Salin devices has tripled, considering that the devices are patented and medal winners because they support and treat respiratory infections. If last year the turnover was 1 million euros, in 2020, Constantin Pascu estimates that it will exceed 1.5 million euros, the company’s representatives said.

Given the significant increase in the demand, the production of appliances has increased from 4,000 to 8,000 products each month. The inventor of the devices, Constantin Pascu, says that he will expand the production line up to 10,000 pieces by the end of the year.

„Salin’s sales have grown steadily over the past two decades. Due to the massive demand in recent months, we have doubled production capacity and will continue to increase it until the end of the year. Depending on the evolution of the market, we will see next year if we remain at 10,000 devices per month or if we go even further “, said Constantin Pascu. 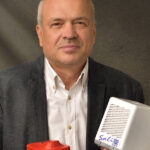 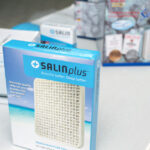