Salin, a 100% Romanian brand has conquered users around the world with its environmental and medical devices based on microparticles of saline air: amid the pandemic, during the last six months, the demand for Salin devices has tripled, given that the devices are patented and medals winners for supporting and treating respiratory infections.

If last year the turnover was 1 million euros, in 2020 one of the founders estimates that it will exceed 1.5 million euros.

Given the significant increase in demand, the production of devices has increased from 4,000 to 8,000 products each month. The inventor of the devices, Constantin Pascu, says that he will expand the production line up to 10,000 pieces by the end of the year.

Salin sales have grown gradually over the past two decades. Due to the massive demand in recent months, we have doubled production capacity and will continue to increase it until the end of the year. Depending on the evolution of the market, we will see next year if we remain at 10,000 devices per month or if we go even further “, said Constantin Pascu, one of the founders of Tehno Bionic and the inventor of Salin devices.

80% of the turnover comes from exports

Saline products are more popular outside Romania than within the country. Almost 80% of the company’s turnover comes from exports to countries such as the United Kingdom, Ireland, Australia, USA, Germany, the Czech Republic, Hungary, Israel, Japan and more. Most sales are online, but the company also has distributors abroad.

Most agents started working with Salin after testing the devices for various health problems and had better results than expected. Because there are no such solutions in their countries, they thought of doing a small business by selling the products. We started with two models of ambient air salinization devices – a smaller model called Salin S2 and a larger model, Salin Plus. Due to the controlled recrystallization technology used, the saline filters of these devices generate a large amount of salt aerosols. Over time, the product range has been enriched with the SaltMed medical inhaler and the Insalin individual inhaler. The technology used is slightly different from the environmental devices to ensure a higher and concentrated emission of particles, which is necessary due to the use as inhalers “, added Constantin Pascu.

The Salin story began in 1995, when the inventor Constantin Pascu, inspired by limestone structures like those in Pamukkale, Turkey, but also by the salt karst from Meledic, began to make saline fountains and decorative pieces from salt. 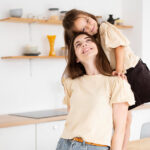 Forced air ionization of the air from the room

For support and phone orders call