A 100% Romanian brand is listed, globally, among the favourite names of environmental and medical devices based on salt air microparticles.

The story of the business that conquered users around the world began in 1995, when the inventor Constantin Pascu, inspired by limestone structures like those in Pamukkale, Turkey, but also by the salt karst from Meledic, began to make salt wells and decorative pieces of salt.

To verify the effect observed in my experiments, I built several devices, made of sheet metal housings, bathroom fans and plates on which the salt could be crystallized in a controlled way, which I offered to some acquaintances to test. I looked for ten people with significant respiratory problems and gave them the devices. The results came immediately, because they made consistent differences in health and noticed a state of well-being. With these first results, we managed, after many attempts, to attract an investment of 5,000 euros and we established the company in March 2000 “, said Constantin Pascu, the inventor of Salin devices, who pointed out that the effects of Salin devices are felt on the general health condition, being recommended for people with low immunity and predisposition to disease, especially children or the elderly.

The products innovated by Constantin Pascu are based on a technique by which salt microparticles are released into the room, reproducing the air we find in traditional salt mines. It is one of the main reasons why they are in high demand across the border.

According to Constantin Pascu, almost 80% of the company’s turnover comes from exports to countries such as the United Kingdom, Ireland, Australia, USA, Germany, the Czech Republic, Hungary, Israel, Japan and more. Most sales are made through the online environment.

Most agents started working with Salin after testing the devices for various health problems and had better results than expected. Because there are no such solutions in their countries, they thought of doing a small business selling products. We started with two models of ambient air salinization devices – a smaller model called Salin S2 and a larger model, Salin Plus. Due to the controlled recrystallization technology used, the saline filters of these devices generate a large amount of salt aerosols. Over time, the product range has been enriched with the SaltMed medical inhaler and the Insalin individual inhaler. The technology used is slightly different from environmental devices to ensure a higher and concentrated emission of particles, which is necessary due to the way it is used as an inhaler “, explained Constantin Pascu./blockquote>
Original article on forbes.ro

100% Romanian business with saline air purifiers, 50% increase during the pandemic 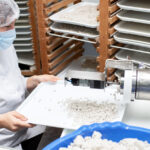